Log in, rate songs, and help us build the 'AccuRadio 500' channels

Posted by Kenneth Howard Smith at 8:36 AM No comments: 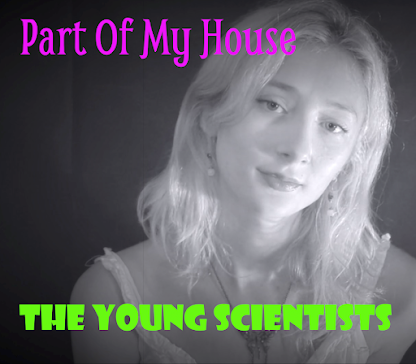 www.theyoungscientists.co.uk
The Young Scientists are based in London,UnitedKingdom and write all original material
Part of My House  : is an original composition and the most recent single released by  The Young Scientists featuring Esmelark on vocals
Posted by Kenneth Howard Smith at 2:04 PM No comments: 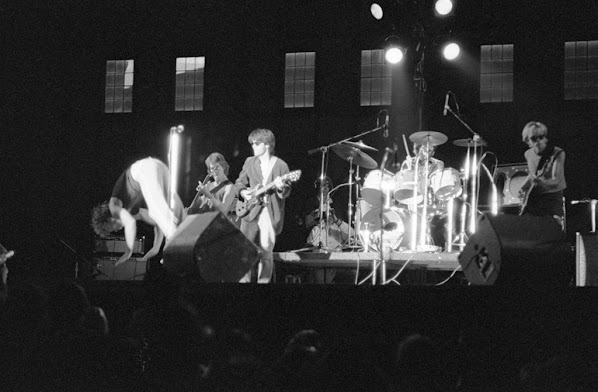 Fingerprints formed in the mid-1970s. The original lineup included Mark Throne on Vocals and Saxophone, Robb Henry and Michael Owens on Guitars and Vocals, Steve Fjelstad on Bass, and Kevin Glynn on Drums and Percussion. Lead guitarist Robb Henry, in his late teenage years, had previously been a member of The Mojo Buford Blues Band, Mojo, the infamous Blues Harpist, who played with Muddy Waters on and off from 1953 until Muddy’s death in 1983.

Fingerprints members Michael Owens, Kevin Glynn & Steve Fjelstad founded Blackberry Way Recording Studios in the mid-1970s, eventually merging with Paul Starks P. David Studio and went on to record The Replacements, The Trashmen, and Soul Asylum to name a few. The Twin/Tone release “Big Hits Of Mid America Vol 3”, which includes two tracks from Fingerprints and recorded at Blackberry Way, is currently on display in The Rock N Roll Hall of Fame. The record label Blackberry Way Records was formed in 1984.

Jeff Waryan replaced Robb in 1979. His first gig with the band was two shows opening for Blondie at Jay’s Longhorn in Minneapolis. Afterward Blondie hung out at Blackberry Way while Mike & Steve helped Jimmy Destri with a band he was producing in NY called Student Teachers.

In addition to dates with Pere Ubu, Blondie, and Peter Hammill, Fingerprints headlined at the legendary Longhorn Bar, First Ave, Mothers in Chicago, and other venues in the five-state area including dates at Duffy’s with Mitch Ryder and Dwight Twilley. The band also headlined at The Walker Art Center Presents “The Cream Of The Crop” supported by Spooks (Curtiss A) and NNB. Fingerprints were also chosen as the first band paired with a movie in The Walker Art Centers Band and a movie in Loring Park, an event that lives on today. In 1979 Fingerprints performed at the M-80 Music Festival and shared the stage with The Fleshtones, Richard Lloyd, Devo, and The Records. Devo rehearsed at Blackberry Way before the show. Fingerprints reformed for The Mill City Music Festival in 1999 performing on the KQRS stage following a wonderful set by Willie and The Bees. The festival featured 130 bands including Prince, Gypsy, Willie Murphy, Koerner, Ray and Glover, The Jayhawks, Semisonic, and many others. 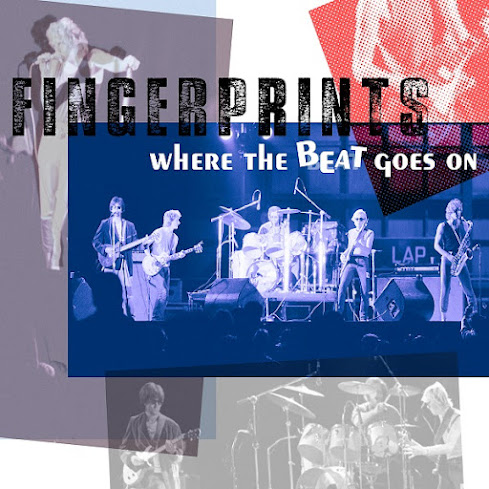 Fingerprints reformed in 2019 to perform three sold-out shows at The Parkway Theater in MPLS in support of the documentary "Jay's Longhorn" about the infamous bar that in the late 1970s was the Minneapolis counterpoint to New York’s CBGB's. In addition to several vintage tracks by Fingerprints that were included in the documentary, the band got together and recorded “14 South 5th Street Blues” a song Owens composed about The Longhorn that closes out the documentary as the credits roll. Special guests on the track included Minneapolis stalwarts Curtiss A and The Suicide Commandos Chris Osgood. The track was included as a bonus track on Owens record “The Right Kind Of Crazy” The documentary is currently competing in film festivals internationally. The Queen City Film Festival in Cumberland, Maryland awarded the film “Best Music in a Feature Film”.

I really loved Fingerprints. They were such an under-appreciated band. They had a-rockin' feel. Their live shows were incredible with the lead singer doing backflips during the show. David Pirner/Soul Asylum

In the fertile late 70s Minneapolis scene, the highly skilled and intense five-piece band Fingerprints both fit in and stood out. Bridging elements of basic Rock ‘n’ Roll, Blues, Glam, and Prog brought a certain familiarity and yet they didn’t sound like anyone else. Lead singer Mark Throne was an athletic powder keg of a frontman; the rhythm section of bassist Steve Fjelstad and drummer Kevin Glynn drove the band like a freight train; and the virtuosic guitar playing of Mike Owens, Robb Henry, and Jeff Waryan made for audio spectacles galore in every live show. The band released a total of 11 tracks on Twin/Tone Records that were spread out over an EP, two singles, and two cuts on the 1979 comp, Big Hits Of Mid-America Volume III. All of this was done as they worked hard on nailing down a set of songs for the definitive Fingerprints LP, as Robb departed and Jeff took up the reins. Sadly, the group disbanded before the album’s completion. Now, the twenty-four songs they were working on have been restored, completed and mixed – the ‘lost’ Fingerprints album, a vintage feast for the ears that we think is well worth the wait … but we’ll let you be the judge of that! Peter Jesperson Twin/Tone Records co-founder/A&R

Mark Thrones “Now I Wanna Be A Space Girl” is some kind of interrestial hemophilia. Mike Owens contributes “I’m Wasted On You” a fevered look into the edge of time.  New York Rocker

Fingerprints, the hard-working tough-sounding quintet, produces a sound that links the rabid, relentless hard rock of the late ‘60s with the more esoteric British cult bands of the mid-'70s. These styles are still viable, especially when the link produces a song such as “I’m Wasted On You,” a gem of a rock ‘n’ roll tune and perhaps the best single song on all of these records. (Review of the first 3 Twin/Tone releases The Suburbs, Curtiss A’s Spooks & Fingerprints)     Tim Carr- Minneapolis Star Tribune

An unusual voice, lyrical instrumentation (a guitar band in the real sense of the term) within a rock format…technical excellence…with feeling.  TROUSER PRESS

Fingerprints, my expert-friends choice as “one of most commercially viable local rock bands,” opened each show, for Blondie, with a short set of straightaway rock, keyed by the leap-and-prance eyeball rolling routine lead singer Mark Throne did in white ballet slippers. Twin Cities Reader

Twin/Tone night @ The Walker Art Center: Fingerprints present a more complete picture of rock ‘n’ roll than the other bands. Fingerprints opened with a deadly new original called “Uptown” and lead singer Mark Throne immediately took command of at least half the stage and the first few rows as well. Throne is simply the most exciting person fronting a Mpls band right now, and his vocal ability is staggering. Mike Owens (best dressed Twin Toner that evening) remained the pluperfect rhythm guitarist; Jeff Waryan’s technically unimpeachable lead guitar gave yin to Owens yang. The band is very polished, but Fingerprints main asset is their original songs. This band has at least an album worth of top notch material and could easily play two sets of originals. “Illusions Of Love” and “Uptown” are among their best efforts. Stefan Hammond-Arts & Entertainment Minnesota Daily

Fingerprints is worth following- to a soft drink club, to a laundromat-to hear the singer. His voice ranges from manic to soothing in four bars. My fave rave, “Down “shows Fingerprints at their rocking best, skin tight andsnappy as a wad of gum. Leslie Fugate-Twin Cities Reader

Posted by Kenneth Howard Smith at 11:59 AM No comments:

Posted by Kenneth Howard Smith at 3:24 PM No comments:

Group: CachadaTitle: Verdadero MariachiGenre(s): Latin(CANCON)"5/5 VAYA"- Tony Conquerrah BBox Radio - Brooklyn Community Radio, USA"Tasty!"- Scott Stevens KAOS Olympia 89.3FM - Washington, DC, USA"Sounding good !"- Joey Coyne BBC Radio Gloucestershire / Global Radio 1 / Energy FM - Cheltenham, UK"I love this piece- it starts out quiet then quickly inspires one to dance!!"- David V KRFC FM 88.9 - Fort Collins, CO, USACachada is the sound of modern cumbia. The band performs under the musical direction of Salvadoran songwriter, vocalist, and multi-instrumentalist, "Jazzy" Jorge Gavidia Morales; and features a handpicked selection of top musicians from Toronto's Latin, jazz, and reggae music scenes. Jazzy Jorge is Cachada's composer, arranger, and primary lyricist, but the band also features lyrical contributions from "Pato Irie" (cajon) and other members. Cachada always performs a repertoire of strictly original music that fuses hip hop, reggae, and a touch of jazz into their original cumbia sound, creating one of the most explosive new Latin bands to hit the streets.Cachada's songs are a reflection of the Latin American diaspora in Canada and the United States. This can be heard clearly through the musical arrangements with the fusion of cumbia (El Salvador and Colombia's national music) with hip hop, reggae, and jazz harmony. Two of the band's members Jazzy Jorge and Dilly Nolasco grew up and came of age in Toronto's notorious Jane and Finch Corridor. The neighborhood and the influence from its large Caribbean population can be heard in songs like Hermano Jamaiquino (Jamican Brother), and Mi Barrio (My Neighborhood). They offer a glimpse into positive experiences from the neighborhood with lyrics like "...madres que dia a dia cuidan sus semillas."Talking about neighborhood mothers who take care of their children, but also a reference to the "Semillas Latinas" fine arts summer camp for children at the Casa Maiz community centre in North York where Jazzy Jorge has worked as a music educator. There is an emphasis on community and equality as the music guides the listener through what are often a statement of real stories and experiences coming of age in the community. The image of a child on his way to practice at a soccer field, neighbors helping neighbors, and so on."Jazzy" Jorge Gavidia Morales (vocals, violin) - El Salvador Dilly Nolasco - (vocals, guitar) - El SalvadorDaniel Diaz (bass) - ColombiaPatricio "Pato Irie" Martinez (vocals, cajon) - BrazilPrince Blanco (vocals, guiro) - U.K.
Posted by Kenneth Howard Smith at 3:11 PM No comments: 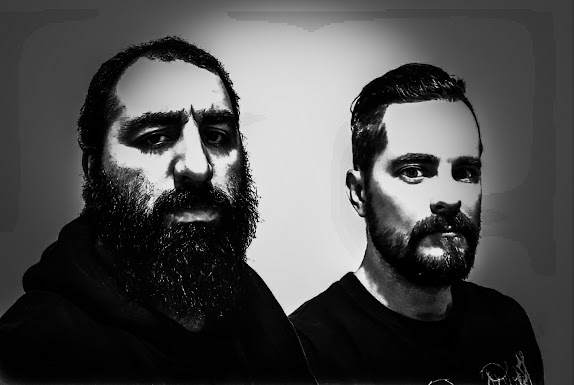 Black Speech is about depression taking a physical form, and speaking to you from behind, trying to manipulate and influence your thoughts and decisions, and ultimately destroy you.
BELETH music delivers a dark, heavy, driving punch, with an element of groove, catchy riffs, and ferocious, guttural vocals. Influences come from a large and diverse background of metal sub-genres, which can make it difficult to pinpoint a specific category to their sound.
Posted by Kenneth Howard Smith at 11:46 AM No comments: 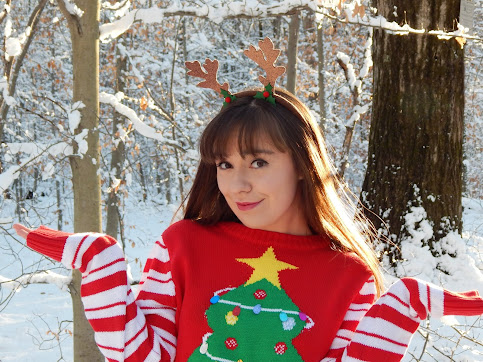 ". . . Kristina Lachaga was named one of the SDC RadioWorks Top 50 World Artists from 2019, always glad to hear from her." - SDC Digital

Rising pop singer/songwriter Kristina Lachaga, "The Girl With The Big Pink Heart™," has shared the stage with many artists on the scene, including Olivia Holt, Skylar Stecker, Bea Miller, Shawn Hook, and stars from Disney and Nickelodeon at concerts and events, including iHeartRadio & Girls' Life magazine's Shawn Mendes and One Direction Concert Pre-Parties.

Having visited over 150 schools across the country spreading her #FollowYourHeartsDream™ and 'Sticks and Stones Anti-Bullying’ messages, Kristina uses her voice to help give teens and tweens the confidence to explore their passions, work hard, and be themselves.

She made her television performance debut on CBS/WBTV performing her single “R.S.V.P.” -- inspired by Simon and Schuster/Aladdin MIX's book series You're Invited -- in Charlotte, NC's Novant Health Thanksgiving Day Parade.

About The Free 4All:

The Free 4All is the songwriting and production team of F-M Cossey (NZ) and Scott Free (USA). They collaborate with a diverse range of singers and songwriters, scuffling over sounds and syllables, with no restrictions on genre, tempo or topic.

Posted by Kenneth Howard Smith at 4:12 PM No comments: